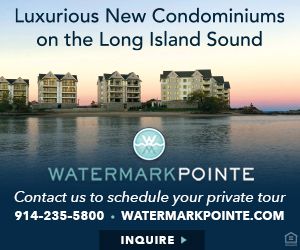 Learn More
{{/events}}   All events {{/if}}
THE LATEST NEWS - Q4 2020
12/18/2020
It is with sadness that we announce the passing of Rocco Conte, on December 15, 2020, at the age of 78.
Rocco was the son of the late Joseph and Annette Conte of Eastchester NY. He is survived by his loving wife Eileen, his three daughters, Leah, Joanna McGary and Elizabeth, Joanna’s husband Patrick and their three sons Patrick, Jim and Charlie McGary and his sister, Marie Shelto.
Rocco graduated from Fordham College in 1963 and received his doctorate in law in 1966 from the University of Pennsylvania. Thereafter he served for two years in the United States military, the second of which was in Vietnam where he was promoted to Captain and awarded the Bronze Star.
Upon his discharge from the military in September 1968, he joined the law firm of King Edwards and O’Connor (now known as O’Connor, McGuinnes, Conte, Doyle, Oleson, Watson & Loftus, LLP) as a junior associate. He became a general partner in 1976 and in 1985 the senior partner in the firm, a position which he held until his death.
He always considered his crowning achievement marrying the love of his life, Eileen, and they shared nearly fifty years of extraordinary happiness. He was also so very proud of his children and grandchildren. He loved to travel, play golf and spend time with his entire family and all of his wonderful friends.
Rocco and Eileen were long time members of the Country Club of Darien, where Rocco served twice on the Board of Directors. They were also members of Wee Burn Country Club in Darien and Delray Dunes in Boynton Beach, Florida.
Rocco will be forever remembered by his family and friends as a kind, gentle and compassionate person who was always willing to lend a hand when needed without hesitation.
In lieu of flowers, memorial donations can be made to the Leukemia and Lymphoma Society and St. Jude Children’s Research Hospital. To visit Rocco's tribute page, please click HERE.